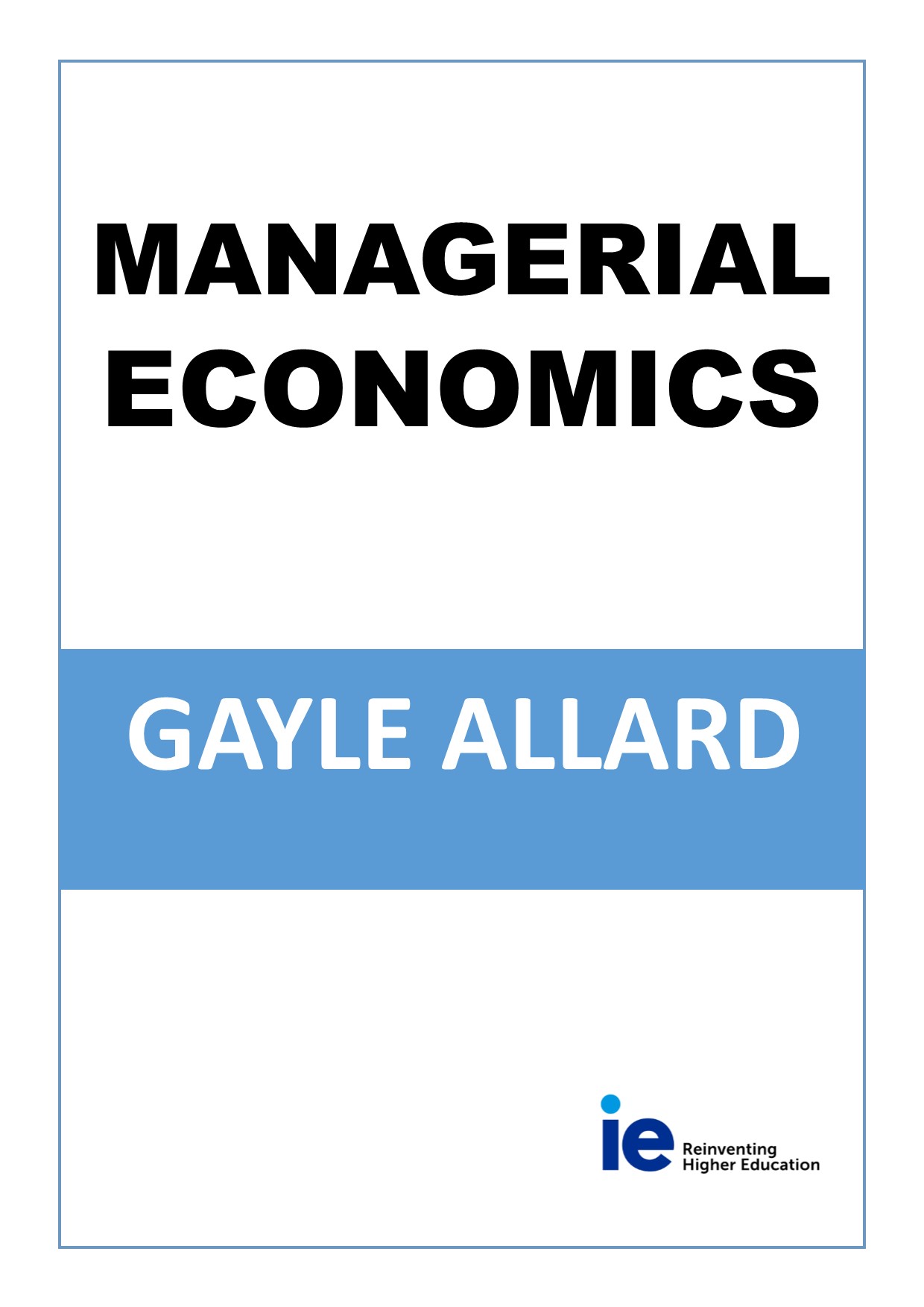 Posted at 15:24h in 17/18 Books, Economic Environment, Management Skills by igordelahorra
0 Likes
DO NOT DELETE The period after the great financial crisis has been a time of challenging old ideas and experimenting with new ones. In few places has this process been more evident than in economics. The media every day is full of news of government deficits anddebts (and shutdowns and austerity), the challenges of deflation (and Abenomics), new approaches to monetary and fiscal policy (and quantitative easing), the size of trade deficits and surpluses and the solutions to them, the pros and cons ofimmigration, and the debates among different sides. It could not be a more interesting time to be an informed observer of the macroeconomy.

This book is aimed at explaining in an intuitive, nontechnical way the basic principles of microeconomics, the workings of the macroeconomy and government policy, and the economic relations among countries in aa globalized world. It is aimed atMBA students who want to understand the issues from a practical, businessoriented perspective rather than a theoretical one. It is also aimed at "laymen" who are voters and political observers and who want to be able to read the news in a betterinformed way and react appropriately. For those studying more theoretical economics, this book is an application of these sometimes abstract principles to the reality of the economic world. My hope is that everyone who reads it, no matter what theireconomics background, will gain a clear and refreshing perspective on the complex issues that surround us.

The book starts by introducing the basic supply and demand notions of microeconomics. It then visits the main macroeconomic indicators (GDP, inflation and unemployment) and explores what they look like and how they typically relate to each other.It explains how to pinpoint where an economy is in its business cycle and why, and what kind of policies it needs at each point. It looks at how these policies are being used in the real world and what happens as they interact, as they are misused orfail, or as they are limited by circumstances. Finally, it analyzes the main features of globalization --free movement of people, capital, goods and services-- and highlights their impact on national economies, and what information they can give us thegrowth models embraced by a country and the world as a whole.

The economy is an enormously complex organism, and few things can be said about it with certainty. However, there are some keys that can unlock many of its mysteries and make the issues astonishingly clear and simple. This book's objective is toprovide those keys and help the reader to understand and become conversant with the realities of the economic world that surrounds us.