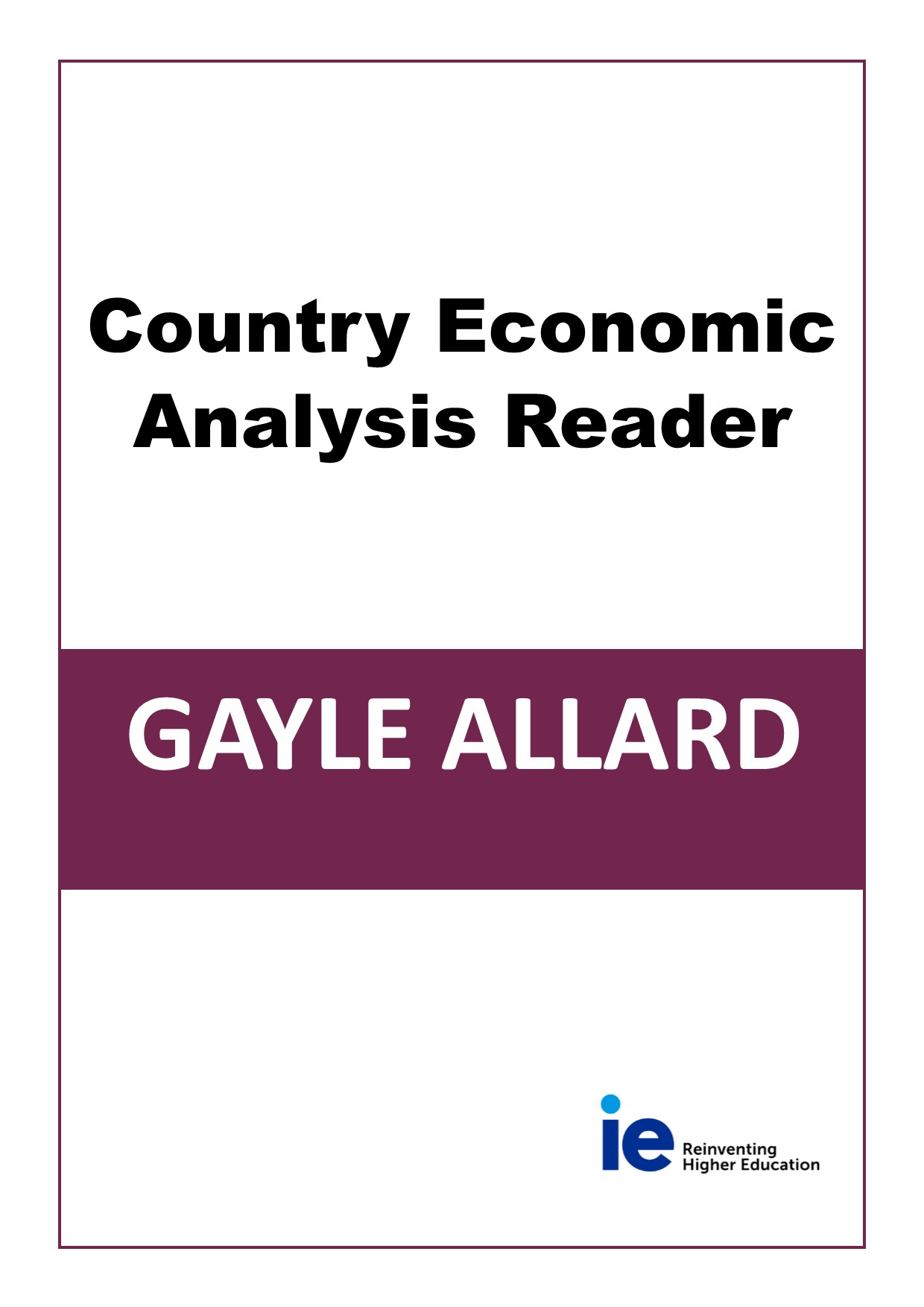 Posted at 13:50h in Economic Environment by Sergio Poyatos
0 Likes
DO NOT DELETE Analyzing countries from an economic perspective is the logical, and fascinating, next step for those who have studied macro- and international economics. As we approach country data, we often can observe the normal relationships studied in macroeconomics. When we do not observe them, departures from "normality" may give us important messages about a country's growth model, its priorities and its future.

This book leads students through the economic features of four leading economies --the United States, Japan, India and China-- as well as the process of integration and disintegration in the world's largest trading bloc, the European Union. As the countries are analyzed, current issues arise such as growing inequality, ageing and shrinking populations, job security, technological change and immigration flows, which form part of some of the most important challenges of our time. In the China and India cases, the process of economic development is defined and the typical strategies that countries have followed to achieve it are laid out and evaluated. Being an ebook, these chapters can be continually updated as the countries and their problems evolve, which gives the book an edge over traditional business school country cases.

Understanding these countries and trends gives students an array of tools and concepts that will help them to understand the global economy today and in the futur. Gayle is married with five children (two sets of twins!) who are now living around the world. She is also an avid traveler with a special passion for Africa. She teaches an Africa elective at the IE and leads volunteer trips to subSaharan Africa everyyear. She is the founder and president of the Wuha Sira Foundation, which promotes women's education and access to clean water in Ethiopia.