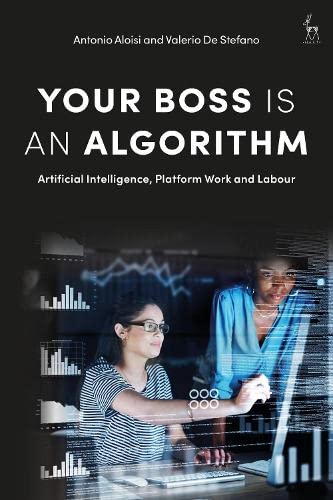 Your Boss Is an Algorithm: Artificial Intelligence, Platform Work and Labour

What effect do robots, algorithms, and online platforms have on the world of work? Using case studies and examples from across the EU, the UK, and the US, this book provides a compass to navigate this technological transformation as well as the regulatory options available, and proposes a new map for the era of radical digital advancements.

From platform work to the gig-economy and the impact of artificial intelligence, algorithmic management, and digital surveillance on workplaces, technology has overwhelming consequences for everyone’s lives, reshaping the labour market and straining social institutions. Contrary to preliminary analyses forecasting the threat of human work obsolescence, the book demonstrates that digital tools are more likely to replace managerial roles and intensify organisational processes in workplaces, rather than opening the way for mass job displacement.

Can flexibility and protection be reconciled so that legal frameworks uphold innovation? How can we address the pervasive power of AI-enabled monitoring? How likely is it that the gig-economy model will emerge as a new organisational paradigm across sectors? And what can social partners and political players do to adopt effective regulation?

Technology is never neutral. It can and must be governed, to ensure that progress favours the many. Digital transformation can be an essential ally, from the warehouse to the office, but it must be tested in terms of social and political sustainability, not only through the lenses of economic convenience. “Your Boss Is an Algorithm” offers a guide to explore these new scenarios, their promises, and perils. 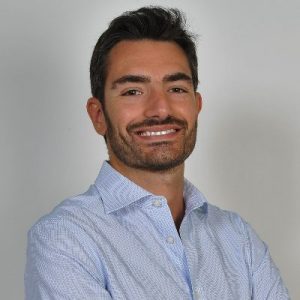 Antonio Aloisi is Marie Sklodowska-Curie Fellow and Assistant Professor of European and Comparative Labour Law at IE Law School, Madrid, Spain. Before joining IE University, he was a Max Weber postdoctoral fellow at the European University Institute (EUI), Florence, Italy. He holds a PhD in Business and Social Law from Bocconi University, Milan, Italy (2018). Antonio’s research focuses on the impact of digital innovation on labour regulation and social institutions in the European Union and beyond. The aim of his Boss Ex Machina project, which has received funding from the EU Horizon 2020 programme, is to map practices of algorithmic decision-making and assess the adequacy of existing legal frameworks when it comes to enabling sustainable data-driven workplaces. Antonio was previously a visiting researcher at the Saint Louis University, USA, and worked for the Italian Ministry of Education. He has been involved in various projects on platform work, non-standard employment, and collective rights, commissioned by international organisations and research centres. He has authored several articles, book chapters, and op-eds.

Valerio De Stefano is Associate Professor with tenure at Osgoode Hall Law School, York University, Toronto, Canada. He was also appointed as the inaugural Canada Research in Innovation, Law and Society. From October 2017 to December 2021, he was the BOF-ZAP Research Professor of Labour Law at the Institute for Labour Law and the Faculty of Law of the University of Leuven (KU Leuven) in Belgium.

In addition, he read law at Bocconi University in Milan, Italy, where he obtained a master’s degree in 2006 and later received his doctoral degree (2011). At Bocconi University, he served as a postdoctoral researcher between 2011 and 2014 while also being a part-time associate in an international law firm. From 2014 to 2017, he worked as an officer of the International Labour Office in Geneva.